The 3rd East Kilbride scout group held there annual general meeting where amongst other business each of the sections gave reports of what they are doing and the hobby Reddick memorial shield was presented.

Callum Henry was presented with the Gibby Reddick Memorial Shield by Gibby's wife Ruby. Callum was chosen from all the nominations of Beavers, Cubs and Scouts. The award was donated in memory of our late Group Scout Leader by Leo Turner, Employee Relations manager at the Co-operative Funeralcare, where Gibby worked. Leo was impressed by Gibby's commitment to the scouting movement and all the young people in the group and felt it would be an appropriate way to remember him. The shield is to be presented to the youth member who demonstrates the greatest scouting spirit and shows they have a "big heart", just like Gibby.

Callum is very popular with the younger scouts and goes out of his way to make them welcome. He always helps other scouts or leaders without question and is an inspiration to the rest of the troop. Despite Callum's other commitments to his football team he works things around both hobbies to be able to attend most activities and camps, even if it means coming away for a match part way through. 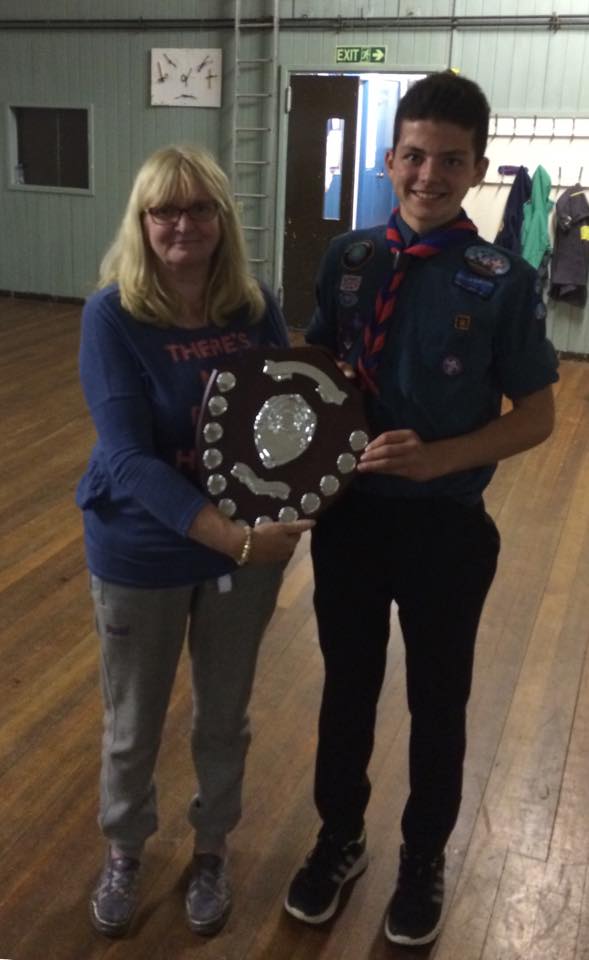